Diamonds are the most expensive and coveted stones on Earth, but not many people know about their history. The radiant stones we see behind guarded glass cases in jewellery stores and museums are often millions of years old and will outlast every onlooker enchanted by their beauty — but when did this fascination begin? Why have these dazzling gems become such timeless objects of luxury?

Take a look at the history of diamonds and their impact throughout the centuries.

The Origin of Diamonds (BC)

According to the world’s foremost authority on diamonds, GIA, India was trading in diamonds as early as the 4th century BC. Between 400 and 300 BC, diamonds began to appear in the Sanskrit texts of Ratna Pariksha and Arthashastra. The Ratna Pariksha chronicles the first methods of grading and ranking the characteristics or the quality of a diamond, while the Arthashastra contains the earliest records of diamonds being traded and used as currency.

In both texts, there are references to the powerful and magical nature of diamonds, stating that those who surround themselves with the precious stones will see ‘dangers recede from him.’ The texts describe the diamond as the jewel above all others, making it the most sought after and desired possession in Indian culture.

In 327 BC, Alexander the Great invaded India. He returned to Europe with diamonds from the region, exporting the stones for the first time. Indian diamonds, along with other exotic goods, eventually found their way to Venice’s medieval markets and to the rest of Western Europe.

The Rise of Diamonds (AD) 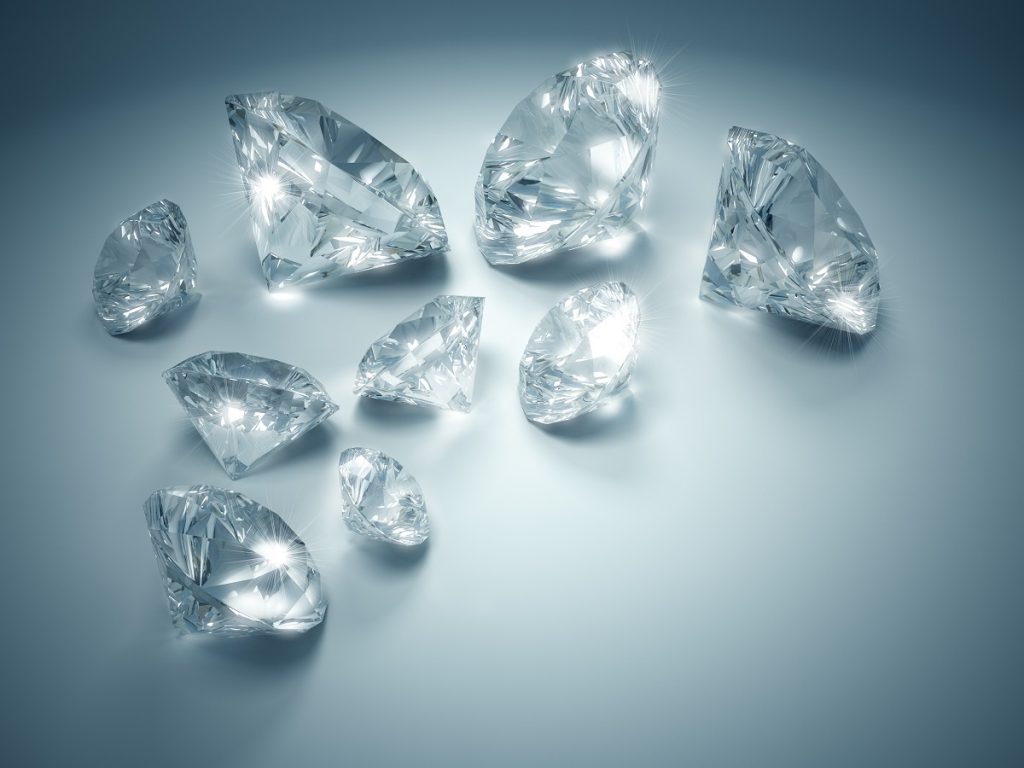 For the next centuries, diamonds were used as a form of currency and as a symbol of status and power. It wasn’t until 1074, however, that the stones were used as a form of jewellery, with the Queen of Hungary decorating her crown with diamonds. Over the next millennium, diamonds made their mark in culture and history. Powerful leaders and royal families exchanged them to express their loyalties and to seal alliances.

The demand for diamonds increased, with mines popping up in countries around the world until they eventually became a common symbol of love and commitment. In 1477, Archduke Maximillian of Austria commissioned the first ever diamond engagement ring. This sparked the trend of using diamonds to propose, creating a tradition that we follow until today.

The Modern Era of Diamonds

Today, diamonds have become mainstream, with supply and demand at such high levels. With a multitude of new sources for the stones and conflicts arising as a result of their value, the Kimberley Process was created to ensure that the diamond market is not financing violence.

Diamonds have also evolved as they are now used for different applications rather than just as pieces of jewellery or as a form of currency. Many industries use diamond tools, saws and drills. Beauty companies have started to offer products that include diamond dust to reduce the appearance of wrinkles. Audiophiles swear that industrial-grade diamonds improve sound quality because they can vibrate at high speeds without damaging or warping the audio quality. With all of these innovations, it is interesting to see the creative ways that diamonds are being used to improve the world around us, proving that they’re much more than just statement pieces.

The world is ever-changing, but the value and significance of diamonds remain constant. They transcend generational cultural shifts, economic highs and lows and currency fluctuations. Unparalleled by any other natural substance on Earth, their beauty and strength will continue to leave people in awe in the centuries to come.

Feeling Chemistry with Your Date? Science Has an Explanation for That

Classing up Your Home on the Cheap