It’s generally any parent’s goal to see their kids do well in school. Education is valuable, and while our young children don’t see it now, they will appreciate the good grades and knowledge levels they’ve attained once they start working in the real world, which demands a lot of knowledge, skills, and other important talents.

We want them to do best, so we try to make them study and do well in school any way we can. Sometimes, this means setting a bedtime, so they have enough sleep for school. Sometimes, it means no videogames or TV on the weekdays. For my son, it means he isn’t allowed to go out or have friends over on the weekdays unless it’s for school purposes. And these are all fine because we get the rationale behind it and it keeps our kids focused on their schoolwork.

However, some parents take parenting a bit too far to the point that they are micromanaging every part of their children’s lives. I’ve seen parents in the PTA do this, and I don’t think they’ve already realized that they’ve crossed the border from regular parenting to helicopter parenting. And what it does to a child can really affect their behavior and personality later in life.

What is a helicopter parent?

Most helicopter parents are baby-boomer parents to millennial children. They’re the older parents who complain their teacher is incompetent when their children get low grades and always immediately thinks their child’s deficiency is not their or their child’s own fault. Even worse, this attitude extends to parents of kids entering summer camp and even graduate studies, with parents speaking on behalf of their adult offspring to law and graduate schools.

There are many variants of it, but it’s most commonly attributed to baby-boomers. Generation X parents were not known as helicopter parents, but “stealth-fighter” parents because they were the type to tell their baby-boomer children to get over what they thought was a minor issue but would not hesitate to strike at serious issues. In other variants, such as China, for example (where there is a one-child policy for every couple), helicopter parents were given tents and sleeping areas to stay closer to their freshmen children.

How does it affect my child?

Helicopter parents operate under the belief that they are paving the way for their children’s success. The problem is that they are physically present but psychologically absent. It’s over-involving a parent in a child’s life.

Let’s look at it in terms of Pavlov’s theory of classical conditioning. For those who don’t know, Ivan Pavlov was a psychologist credited for an experiment known as Pavlov’s Dog. Each time a dog saw food, they would salivate. So, every time he served the dog food, he would always ring the bell before presenting the food. Eventually, just by simply ringing the bell, the dog learned to start salivating just by hearing the sound of the bell. This is what is called classic conditioning. 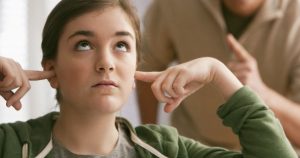 When a child with regular parents enters the classroom, they are sort of “conditioned” to think a certain way. They’re taught a concept, they’re asked about a concept in their homework, and they have to show some form of mastery of the concept in their finals. However, the moment a helicopter parent does the work for them, they are not taught anything because they are not conditioned into thinking a certain way. When a parent does their homework for their child, they’re robbing their child the opportunity to learn for themselves. They’re not really helping the child, but making them less likely to understand a concept or form an idea on their own.

It’s this cognitive imbalance that affects them on later in life. According to Julie Lythcott-Haims, a former dean at Stanford University, she has seen students who, although can memorize their lessons, are not prepared for the real world because, as she believes, parents have tried too hard to control their children’s lives.

And in the long run, helicopter parents could have developed mental health problems on their children. Too much control on a child can make it difficult for them to regulate their behavior and emotions on their own.

The opposite of helicopter parenting is free-range parenting, where parents have limited parental supervision and provide the children with basic needs but leave them to figure out everything else for themselves. 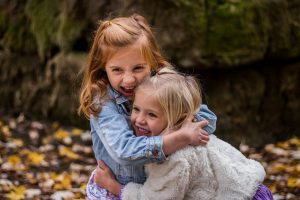 While helicopter parenting has no legal restrictions, free-range can sometimes appear as borderline neglect, which is why it’s regulated in the United States. While some states recognize the parents’ rights to decide on their children’s behalf, some activities really need a parent or adult supervision such as walking to school and leaving a child at home.

In Massachusetts, for example, neglect cases are on a case-to-case basis, while states such as Delaware and Colorado investigate parents who leave their child under the age of 12 alone, while North Carolina involve children under the age of eight.

Which is the better parenting option?

These two types of parenting fall under two ends of a spectrum and were found to have negative effects. Studies by the American Psychological Association found that children with helicopter parents were less capable of managing their emotions and behavior independently, thus less able to deal with the challenging demands of growing up, attending school, or going to work. Children who cannot control their emotions and behavior may find themselves acting out in the classroom, struggling to make friends, and keeping up with their classes.

Researchers looked at children from ages 2, 5, and 10 from all economic and social backgrounds. They asked the children and parents to play as if they would while at home. Helicopter parents would tell their children which toy to pick up, how to play it, and how to clean up their toys after. They found that children at the age of 2 with helicopter parents had poor emotional and behavioral control by the time they turned 5. The same applied for 5-year-olds that developed better social skills by the time they reached 10 – as long as they didn’t have helicopter parents controlling them.

On the other hand, free-range parenting also has its drawbacks. Free-range parenting is more common in affluent communities where parents give their children material objects and then zero supervision or parental guidance. Colleges have found that they have become spoiled and incapable of handling the real world as well because they have learned to depend on their parents to bail them out.

Studies have found that more college students are dropping out and choosing to leave college due to its difficulty which some psychologists attribute this to their inability to withstand pressure. Because it is much easier to stay at home with parents that provide everything with the least amount of supervision or consequences than to enter the real world, children of free-range parenting have less ambition and less drive to pursue what they want.

Neither parenting option would be a good choice. Instead, a steady balance between both supervised and independent parenting would be best. Supervise your child and make sure they have the tools and advice they need to succeed. But when it comes down to their decision – and even the mistakes they make along the way – let them know that the decision comes from them. And whether they celebrate from their decision or learn from their mistakes, they grow as a person and learn what to do or what not to do in the future.