Let your kid fall off the swing. Let your child ride the roller coaster if they insist they’re old enough, even if you know they’ll cry even before they reach the first loop de loop. Let them scrape their knees in the playground. Warn them about ordering something they didn’t really understand from the restaurant menu and then let them be miserable throughout dinner as they sift through the meal they ordered.

My son and I once went out for dinner at a fairly fancy place that was a blend of a restaurant, café, and bakery. He loved chicken, so he ordered the chicken couscous, the only thing with the word chicken in it. He’s never had couscous before, so I warned him what it was and if he ordered it, he’d have to finish it. He did anyway, only to realize he didn’t like the taste. He expected me to switch dishes with him, since I ordered the carbonara that had generous servings of bacon, but I put my foot down and told him I had warned him. While I did give him a few bites of my pasta, I made sure he finished his meal. It not only taught him to accept the consequences of his decisions, it made him more careful when choosing his order.

I know some parents won’t agree with me and think that a parent’s responsibility is to keep our kids happy, healthy, and unharmed. We want to protect our children from making mistakes, but honestly, the best we can do is advise them, set an example, and be there to console them when they need us. We can’t shield them from defeat, disappointment, anger, or sadness when it comes from their decisions. And it’s OK. Let your kids taste failure and regret, but in a safe environment. 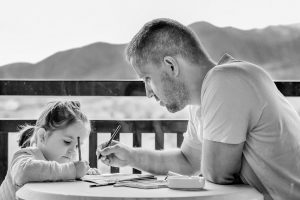 According to psychologist Madeline Levine, parents who do anything to prevent their child from being unhappy simply because they can’t stand to see their child unhappy is in the wrong business. Your kids are more likely to be confident, autonomous adults in the future if they learn from their mistakes.

Don’t hinder your child from exploring just to save yourself the thought of worrying. Let them climb a tree even if it means they could fall and scrape their knee; but know when to put your foot down and say no, like when you know there’s a bee hive hanging on one of the branches. Understand the boundary between a parent who protects their child from certain danger, and a parent who protects their child because they don’t want to be worried. Let your child make their own decisions. Let them pick their own outfits to school as long as it’s decent. They have years ahead of them to develop a sense of style and what works for them.

Let Your Kids Solve Their Own Problems

Don’t spoon-feed them the answers every time they’re in a problem. As parents, we want to make things easier for them, but letting them go through life without trying to deal with their own problems will make them very dependent on other people later in life. According to studies, parents bordering on helicopter parenting (parents who micromanage every aspect of their children’s life) affect their children and make them less capable of controlling their emotions and behavior as they grow older.

Sure, talk to the school when your child tells you someone is bullying them, but for lesser problems, let them learn. Teach them how to zip their jacket and then let them try to do it themselves. Show them how to pour their own juice and make their own cereal. There will be spills, and there will be frustration, but there will also be learning and self-confidence once they do it for themselves. Point the way, and then let them walk.

However, when you let them make their own mistakes, your reaction can have an effect on their mindset. A study by researchers at Stanford University found that parents who reacted with anxiety and worry from their kids’ low grades may be sending the message that the child won’t improve because their intelligence level won’t change. However, parents who show encouragement and support will find that their kids are improving better because they get the idea that it is possible to increase their intelligence. 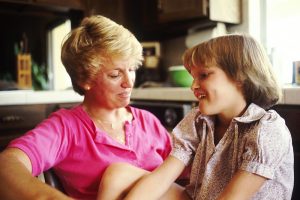 Parents need to show the right reaction each time their kid makes mistakes. If they lose a soccer match in school, measure their reaction. Instead of telling them what they did wrong, look towards the future and tell them that training will help them become better athletes. Focus more on support and looking at their performance in the future than dwelling on the past and what could have been.

Most importantly, don’t show pity or act like your child is hopeless. It gives them the message that they are incapable and are less likely to find a solution to their problems. And don’t try to fix their problem for them.

out negative traits – selfishness, unkindness, humiliation, and bullying – will be much harder when they’re teenagers who think they’re adults and know as much about the world as you do. Instead of trying to rein them in when they’re older, let them make decisions at a young age and let them keep making mistakes.

As parents, we want nothing more than to keep our children safe. But there’s only so much we can do to protect them. To get them to understand how to be confident in themselves and become independent adults in the future, we can’t keep controlling every part of their lives. At the end of the day, the best thing we can do is lead them towards the right path and then hope they walk along it. And if they get a few bumps or scrapes along the way, at least they know they have a parent who’ll help them up before letting them continue walking.