I grew up as a city boy. This means that if anything went wrong, from a broken light bulb to a clogged toilet, we would call a number, and a guy in overalls would come in and just fix everything.

When I bought my own house outside the city where my wife and I could start our family, I realized something: I had no idea how to fix anything in the house!

Sure, there were plumbers and electricians and other contractors I could call should something major go down, but I was pretty much on my own when it came to fixing minor problems. Heck, for the first few months, I didn’t even know what pipe fasteners or crescent wrench were, let alone how to tighten them.

So I called up a few of my trusted handyman friends and pretty much sat them down and got a crash course in being a handyman. I didn’t need to be an expert; I just needed to know how to fix a leak at three in the morning so my basement doesn’t flood while I wait for the plumber to come in at 9am. There are, after all, essential home repairs you shouldn’t delay.

Over the course of a few weeks, I learned as much as I could from my expert pals, and while brushing up on being a reliable partner and father, I learned a lot of things about hand tools that really surprised me.

If you’re a home repair newbie like me and you’re just hungry for more information, let me tell you about the interesting things I found out about a few of the hand tools we take for granted! 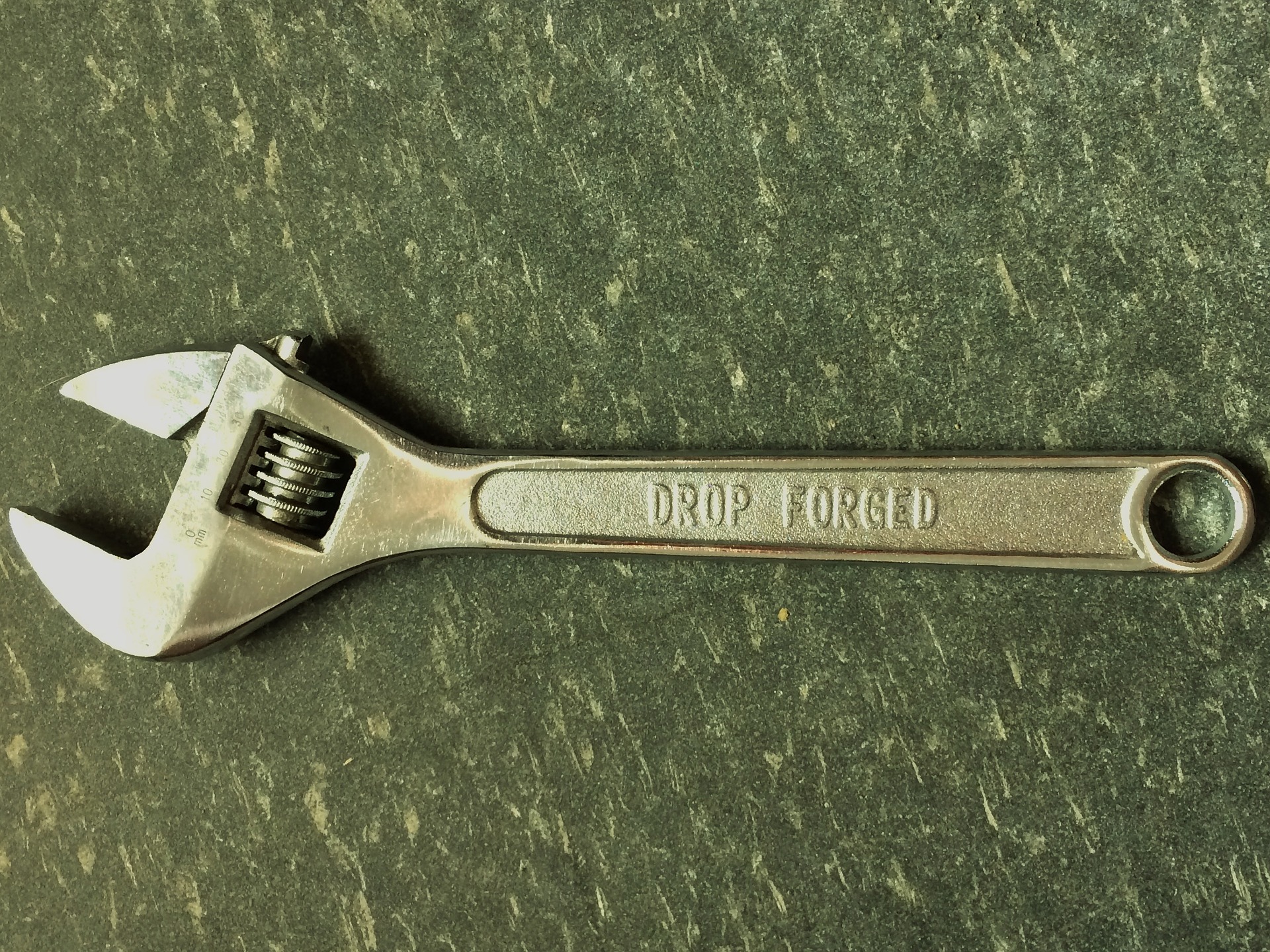 Ok, first of all, that thing we call a crescent wrench is actually called an adjustable wrench. “Crescent wrench” is a name-brand product from, well, the Crescent company, back in the early 1900s. They were so popular that their brand name became pretty much synonymous with the product, and it’s all thanks to an inventor called Karl Peterson from Jamestown, New York.

Adjustable wrenches were already a thing way before the Crescent Tool Company started advertising it, but it was one of the more ‘exotic’ tools in their repertoire. However, Karl Peterson, who was working on a Swedish model of the wrench, created an adjustable wrench for the American market that was easy to use and reliable.

By 1910, Peterson’s adjustable wrench was being marketed at a commercial scale by Cooper industries. It wasn’t until later on when the company was bought out by Crescent Tool Company, who then turned the adjustable wrench into their specialty product, and the rest, as they say, is history.

The crescent wrench is basically a steel wrench with a flat handle and two jaws at the other end. One of the jaws is adjustable, hence the ‘adjustable’ wrench part. The lower jaw can be moved and adjusted by turning a worm gear or an adjusted that’s located right under it. It sets itself apart from other adjustable wrenches, however, by having the jaws much more parallel to the handle, unlike other adjustable or monkey wrenches that have the jaws perpendicular. Modern crescent wrenches, however, forego the worm gear and use a slide adjuster instead.

Crescent wrenches are used primarily to turn nuts and bolts of various sizes, reducing the number of wrenches you have in your toolbox.

Fun fact: the Crescent company actually created a crescent wrench that two sets of jaws, one on each end of the handle. It’s no longer made, but if you find one, it could be worth big bucks!

It’s the simplest tool in your toolbox, but it’s one that you can’t do without. The Allen wrench is, just like the crescent wrench, actually a brand name for a category of tools called Hex Keys, which in turn were used on another type of tool called recessed hex-driven safety screws. So, yeah, I think Allan wrench has a nicer ring to it, don’t you think?

Allen wrenches are the easiest tool to use because they require no adjusting or special knowledge to operate: it’s basically an L-shaped piece of steel with six sides, making its cross-section look like a hexagon. To use, you simply stick the shorter end into the six-sided hole of a screw and use the longer end to turn it. It’s that simple!

They are uniquely designed to work only for the screws that it comes with. If you’ve ever assembled furniture on your own, that’s what those little wrenches are for. It’s also heavily used in bike repairs because of its unusual shape and its compact design, making it perfect for going into hard-to-reach places on a bike.

Word of advice: don’t try to use an Allen wrench on other types of nuts or bolts because it’s just going to make you feel dumb. Again, they’re only supposed to be used for hex bolts (that is, bolts with the same hexagonal shape as the Allen wrench). You can’t use it on PVC pipe fasteners, no matter how hard you try.

But here’s another, slightly shadier use for Allen wrenches: lock picking. Allen wrenches come in a wide variety of sizes, and the smaller ones can usually fit into locks. This is useful if you lose your keys and you need to get in through a door without having to bust open the knob. To use an Allen wrench to pick a lock, you’re going to have to ask someone else because, wow, did you honestly think I was going to tell you how to pick a lock? Shady!

As their name implies, needle-nose pliers have a long and distinct tip that’s sometimes pointy, curved, or angled, depending on its usage. The long ends usually have textured grips on the inside that make it ideal for grabbing things. The handles are usually covered in insulated plastic and/or rubber coating just to give it that extra traction when you pull on something, not to mention protect you from electrical shocks.

The grabbing end of these pliers also have sharp, thin blades that allow you to cut through most electrical wiring and are designed specifically to fit and cut in cramped spaces like the inside of your walls and inside electrical boxes.

Word of caution, however: don’t use these to cut through large, hardened wires, and never, never use it on live wires. In fact, when it comes to electrical work, it’s always better to ask a professional. An electrician can diagnose electrical problems in your home much better than you can, and they can do it without risking mixing up wires and setting a fire.

That’s all I have to share for now. I’m still learning my way into being a good handyman. Do you have interesting facts about crescent wrenches and other hand tools? Comment below and educate handy-newbies like myself!